Book Homo tempus by F.E. Jacob received preface by scientist who created brain organoids with a gene that belonged to Neanderthals 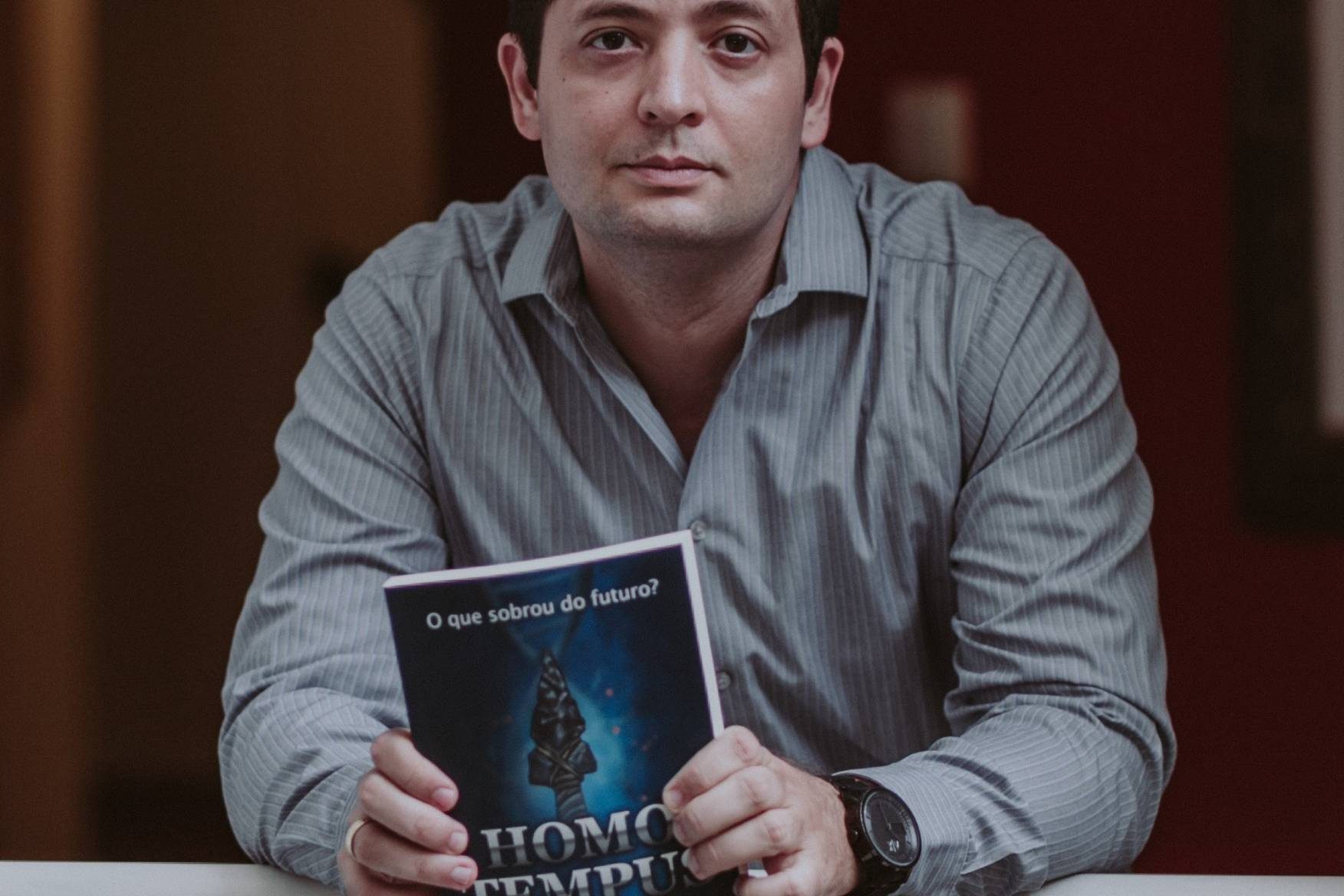 Scientist  Alysson R. Moutri who created brain organoids genetically modified to carry a gene that belonged to Neanderthals wrote the preface of book Homo Tempus What’s left of the future? by F.E Jacob. The Dystopia that unites Sapiens, Neanderthals, Social Chaos and Cloning

New York City, New York Feb 12, 2021  – Neanderthals, time travel, philosophy, and anthropology in an inspiring journey of knowledge, Homo tempus – what’s left of the future? is undoubtedly a new classic dystopia, with the potential to transform how new generations, and even old ones, see their place in the world and history.

After running away, Wallace is launched on an unthinkable journey through time and space in which he will meet several characters with multiple worldviews, Neanderthals and Sapiens, allies and enemies, in an epic battle for survival.

Legitimizing the relevance of this work, the preface to Homo tempus is signed by the respectable scientist Alysson R. Muotri,Ph.D. who, among other works, who team created brain organoids genetically modified to carry a gene that belonged to Neanderthals and, currently, studies the impact of the coronavirus in the brain. The scientist was surprised by F. E. Jacob’s literary arguments and declared:

“Homo tempus is an invitation to reflect on how we are shaping the future of civilization. It reminds us not to ignore our ancestral knowledge of the world, sometimes hidden in symbolism that we might not fully comprehend. It also alerts about respecting our neurodiversity, often overlooked in modern days. Thus, this is not only a fantastic science fiction story but also a moment to pause and learn about human nature”.

The success of F.E. Jacob confirmed himself with the debut of his English version on the American Amazon. Homo tempus – What’s left of the future? has been receiving vibrant assessments of the American market.

About F.E. Jacob was born in Brazil in the “prehistoric” year of 1978, is a Production Engineer and holds a Master’s degree in Economic Policy. He’s been reading as much as a Neanderthal ate, ever since he was a child and would devour any book, article or comic book that passed under his nose and became an adult that is focused on the issues present in today’s society. He considers himself to be a “generic nerd” that is addicted to information, constantly reading everything about ancient societies, economics, physics, political science, psychology, biology and any other area of human knowledge.

He estimates that 3.22% of his DNA is of Neanderthal origin, which may explain his great appetite for knowledge. One day when he woke up he realized that the only activity that will make it possible for him to use his knowledge about different subjects would be literature, which has always been by his side, in the form of a patient and silent companion that was awaiting his decision to take on the challenge of writing professionally. And so, he now makes his debut in the literary universe with Homo Tempus. F.E.Jacob is member 032 of International Academy of  Brazilian Literature. The book Homo tempus was produced by Silvane Hamill in SRomero Publisher in Portuguese, Italian Spanish and English.

Are we alone in the universe?

This is a question that we are unable to answer today, however, in the past, the answer to this question was “no”. We had brothers that were not extraterrestrials, but instead Neanderthals. Contrary to the image that we commonly have of them, they were just as human like us, the Homo sapiens, but they were stronger and had larger brains. Their extinction is still a mystery. This book tells the story of Wallace Vidal, a young librarian who, lost in his own existence, accidentally travels through time and is caught – in the future – by Neanderthals. Now, his objectives are to escape and to understand what caused our society to collapse, all while desperately trying to reverse his mistakes in this future that he doesn’t understand. To do this, he needs to survive on a long journey, where he’ll need to rely on the help of all those that he meets, be they Neanderthals or Sapiens. With a flowing narrative and fast-paced dialogues, Homo tempus is a futuristic dystopian novel that is based on the most recent paleontological studies. Ideas from contemporary philosophers and primitive symbolisms are used to portray the human learning cycles that are needed during life and the consequences that ignoring them brings, both for the individual and for society.

Check out in Amazon: https://www.amazon.com/Homo-tempus-Whats-left-future/dp/B08L4GMPFK